Charlie Award – named in honor of Charles F. Price – is given each year to an author who exemplifies fine writing and who works to build community. 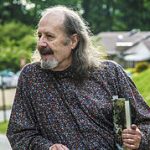 CHARLES F. PRICE descended on both sides of his family from some of the earliest settlers in the mountains of Western North Carolina. He is the author of 8 novels covering topics from the Crusades to the American Revolution to the Civil War and to the Wild West.  He has also written one non-fiction book.  He is the winner of the 1999 Sir Walter Raleigh Award .  In 2006 he and his wife Ruth helped found the Carolina Mountains Literary Festival.  He has worked to improve communities by promoting economic development, social equality, and the arts to enhance the quality of life.

Price wrote:  “I write historical fiction about ordinary people confronted by extraordinary events…. I am interested in history not simply for its own sake, but as it sheds light on the problems and issues of today.”

Click to watch a 57-minute video of the readings from some of his works by Marlin Barton, Wayne Caldwell, Britt Kaufmann, and Terry Roberts: https://www.youtube.com/watch?v=kHzl9VQyU24&feature=youtu.be 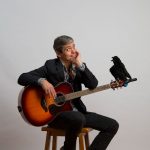 Through his many books and presentations, Allan Wolf gets people of all ages jazzed about poetry. He was an early member of the educational theater troupe, Poetry Alive!, and went on to found and produce many poetry slams, workshops, and festivals, such as the Southern Fried Poetry Slam, an annual showcase of spoken-word talent from across the southeast, now in its 30th year.

A versatile writer, his picture books, poetry collections, young adult novels, and nonfiction books celebrate his love of research, history, science, and poetry. He is a Los Angeles Times Book Prize finalist, two-time winner of the North Carolina Young Adult Book Award, and recipient of New York’s Bank Street College Claudia Lewis Award for Poetry. Booklist placed Allan’s The Watch That Ends the Night, on its list of the 50 Best YA Books of All Time.

Wolf believes in the healing powers of poetry recitation and has committed to memory nearly a thousand poems. His most recent books include: a picture book, This is the Blanket Where Violet Sits; a poetry collection, Behold Our Magical Garden; and a historical novel, The Snow Fell Three Graves Deep: Voices from the Donner Party. 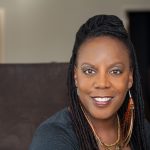 2020 Honoree- Glenis Redmond travels nationally and internationally reading and teaching poetry and has thus earned the title, Road Warrior Poet. She has posts as the Poet-in-Residence at The Peace Center for Performing Arts in South Carolina, and at the State Theatre in New Jersey. In 2016, at the request of the U.S. Department Speaker’s Bureau, she traveled to Muscat, Oman, to teach poetry workshops and perform poetry for Black History Month. She served as the Mentor Poet for the National Student Poet’s Program to prepare students to read at the Library of Congress and for First Lady Michele Obama at the White House. She is the recipient of numerous awards including the James Applewhite Prize and the North Carolina Literary Fellowship. Her newest poems are about Harriet Tubman and were published in the North Carolina Literary Review. Glenis believes, “poetry is a healer, and she can be found in the trenches across the world applying pressure to those in need, one poem at a time.” 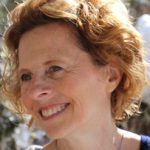 2019 Honoree – Abigail DeWitt is the author of three novels:  LILI (WW Norton), DOGS (Lorimer Press), and NEWS OF OUR LOVED ONES (forthcoming from Harper this year).  Her short fiction has appeared in Narrative Fine…., Five Points, Witness, the Alaska Quarterly Review, the Carolina Quarterly, and elsewhere.  She has been cited in BEST AMERICAN SHORT STORIES, nominated for a Pushcart, and has received grants and fellowships from the North Carolina Arts Council, the Tyrone Guthrie Center, the McColl Center for the Arts, and the Michener Society. 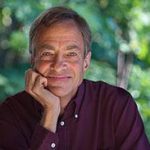 2018 Honoree – TOMMY HAYS is the Executive Director of the Great Smokies Writing Program and Core Faculty in the Master of Liberal Arts and Sciences program at UNC Asheville. He also teaches in the Converse College Low Residency MFA. His novel What I Came to Tell You was a VOYA Top Shelf Pick for Fiction for Middle Grade Readers, a Nominee for the North Carolina Young Adult Award and an Okra Pick by the Southern Independent Booksellers Alliance (SIBA). Hays’s most recent novel for adults, The Pleasure Was Mine, was a Finalist for the SIBA Fiction Award, chosen for numerous community reads and read on NPR’s “Radio Reader”. His other novels are Sam’s Crossing, and In the Family Way, winner of the Thomas Wolfe Memorial Literary Award. Board Member of the North Carolina Writer’s Network, he graduated from the MFA Program for Writers at Warren Wilson College. For more information go to www.tommyhays.com. 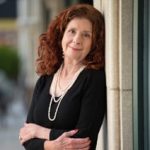 2017 Honoree – PAT RIVIERE-SEEL is the author of two poetry chapbooks and a full-length book of poetry.  Nothing Below But Air was a semi-finalist for the Thomas Wolfe Memorial Literature Award.  The Serial Killer’s Daughter has been staged by several theatrical groups.  She has attended every Carolina Mountains Literary Festival and has presented and taught at the Festival as well.  Pat was poet-in-residence of the NC Zoo and is a past editor of Kakalak.  She has mentored and taught myriads of poets both privately and through the UNC Asheville Great Smokies Writing Program and the NC Poetry Society Gilbert-Chappell Series. 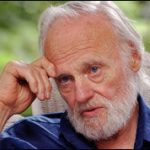 2016 Honoree – JOHN ELHE (1925-2018) is the author of 11 novels and 6 books of non-fiction.  He has been described as “the father of Appalachian literature.”  John Ehle’s novels capture the spirit, humor, and everyday life of mountain people.  The Land Breakers has been hailed as “one of the best recreations of our pioneer past that we have had in years, honest and compassionate, rich and true…In a time of dreamless heroes, of long-winded whimpers that pass as novels, The Land Breakers has a rare degree of greatness.” — The New York Times.  His books are such an honest portrayal of the Appalachian culture, the stories seem more like folklore than fiction.  He is one of the finest authors in American literature and was an exceptionally fine human being as well.  He was inducted into the NC Literary Hall of Fame and is the five time winner of the Sir Walter Raleigh Award for Fiction, the Thomas Wolfe Memorial Literature Prize, and the Lillian Smith Award for Southern Fiction.  He was Special Assistant to NC Governor Sanford who described him as a “one man think tank.” Ehle convinced the Governor to establish the NC School of the Arts and the NC School for Science and Mathematics.  He was advisor to President Johnson’s White House Group for Domestic Affairs and was active in a number of social, educational, and anti-poverty projects.