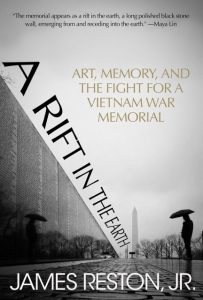 The Saturday night Keynote speaker ($20) will be the author, James Reston, Jr. This highly acclaimed writer has created a body of work that spans medieval history, science, politics, current events and playwriting, just to name a few.
His topics are as diverse as the Crusades, Pete Rose and the Kennedy assassination. Fragile Innocence, his memoir about bringing up his handicapped daughter, reached #8 on the Washington Post best seller list.
He has authored 17 books, three plays, and numerous articles in leading magazines such as Vanity Fair, National Geographic, Time, the New Yorker and Rolling Stone. His last six historical works have been translated into thirteen foreign languages. His book, Galileo: A Life, has been adapted to live theater. Reston’s books, Warriors of God ( an international best seller), The Innocence of Joan Little and Collision at Home Plate have been optioned by Hollywood.
Reston is probably best know for his work as adviser to David Frost during the Watergate interviews with Richard Nixon, and the Ron Howard movie Frost/Nixon, which was inspired by Reston’s memoir about that experience. The movie features Reston’s character as narrator and a key figure in the film.
His new book, A Rift in the Earth: Art, Memory and a Fight for a Vietnam War Memorial will be released the week of the Festival. Be the first to hear about and read it!
This modern day Renaissance man attended the University of North Carolina where he still holds the 42 year old record for the single most soccer goals in one game. He says,” I have to say, my heart is still in North Carolina. The evolution of the American South has been one of the most fascinating stories of my lifetime… I always look for reasons to return to by beloved North Carolina.”
Reston will read from his newest book and talk about his broad interests.