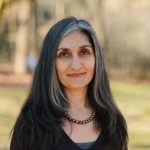 Anjali Enjeti is a former attorney, organizer, and award-winning journalist based near Atlanta. She is the author of the critically-acclaimed books Southbound: Essays on Identity, Inheritance, and Social Change, and The Parted Earth. Her other writing has appeared in Oxford American, Poets & Writers, Harper’s Bazaar, the Atlanta Journal-Constitution, Boston Globe, and elsewhere.

Anjali has received awards from the South Asian Journalists Association and the American Society of Journalists and Authors, multiple Pushcart Prize nominations, and two notable mentions in The Best American Essays series. A former board member of the National Book Critics Circle, she teaches in the MFA program at Reinhardt University in Waleska, Georgia. 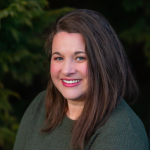 Anne Chesky Smith serves as the executive director of the Western North Carolina Historical Association in Asheville, NC, and holds MA degrees in Appalachian studies and cultural anthropology. She has published four Images of America books with Arcadia Publishing: Riceville, Swannanoa, Black Mountain College, and Then and Now: Black Mountain. Murder at Asheville’s Battery Park Hotel is her first full-length book. She has also published a number of nonfiction articles in Now and Then: The Appalachian Magazine, The Journal of Appalachian Studies, Appalachian Journal, and NC Folklore Journal. She lives in Asheville with her family. 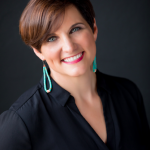 Annette Saunooke Clapsaddle, a citizen of the Eastern Band of Cherokee Indians, resides in Qualla, NC. She holds degrees from Yale University and the College of William and Mary. Her debut novel, Even As We Breathe (UPK 2020), was a finalist for the Weatherford Award, named one of NPR’s Best Books of 2020, and received the Thomas Wolfe Memorial Literary Award (2021). Clapsaddle’s work appears in Yes! Magazine, Lit Hub, and The Atlantic. She teaches secondary English and Cherokee Studies, is an editor for the Appalachian Futures Series (UPK), and serves on the board of trustees for the North Carolina Writers Network. 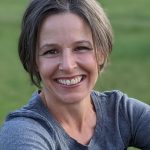 Cheryl Wilder is the author of Anything That Happens, a Tom Lombardo Poetry Selection (Press 53, 2021), and the chapbook What Binds Us (Finishing Line Press, 2017). Her work appears in the anthology Crossing the Rift: North Carolina Poets on 9/11 & Its Aftermath (Press 53, 2021), Barely South Review, and Architects + Artisans, among other publications. She served as writer-in-residence at SistaWRITE and was granted residency at Sundress Academy for the Arts. A founder and editor of Waterwheel Review, Cheryl earned her MFA from Vermont College of Fine Arts. She lives near the Haw River. 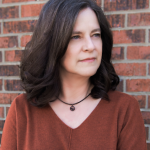 Cindy Cipriano lives in North Carolina with her family and their 27 pets. Not really. Just one dog that thinks she’s 300 times her actual size and lacks the superpowers she believes herself to have, and three cats who think they are raccoons. It only seems as if they make 27. When Cindy isn’t writing, she enjoys spending time with her family and the avoidance of cooking.

Cindy is the bestselling author of the Fading series, which received critical acclaim, the award-winning children’s novel, The Circle, and Miller’s Island Mysteries, which blends science and fantasy. 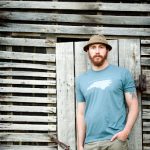 David Joy’s the author of four novels including the Edgar Award finalist Where All Light Tends To Go and most recently When These Mountains Burn, which won the 2020 Dashiell Hammett Prize for Literary Excellence. His work has been translated to six languages and adapted for feature film starring Billy Bob Thornton and Robin Wright. Joy was the winner of the 2018 Southern Book Prize and his most recent work has appeared in Garden & Gun, TIME, and The New York Times Magazine. He is a twelfth generation North Carolinian and lives in the Little Canada community of Jackson County. Photo: Ashley T. Evans 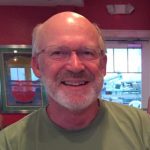 David Brown Howell is a consultant for Luther Seminary. He is a retired pastor in the Presbyterian Church (USA), although he spent most of his career as a Licensed Professional Counselor (VA), and a fellow in the American Association of Professional Counselors. He is the founder, publisher, and editor of Lectionary Homiletics and GoodPreacher.com, the founder of the Festival of Homiletics, and several conferences for pastors where they learned to integrate psychology and theology. A Virginia Master Naturalist, he divides his time now between the Chesapeake Bay and traveling in an Airstream Atlas with wife Mary Ann to mountains and shores. 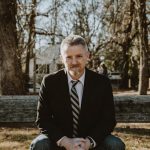 Ed Southern is the author of Fight Songs: A Story of Love and Sports in a Complicated South (2021, Blair), a finalist for the 2022 Southern Book Prize (no relation). His shorter work, in a variety of genres, has appeared in The Bitter Southerner, storySouth, the North Carolina Literary Review, the North Carolina 10×10 Play Festival, South Writ Large, and elsewhere. Since 2008 he has been the executive director of the North Carolina Writers’ Network, one of the largest writers’ organizations of its kind in the country. In 2015 he won the Fortner Award for service to the literary arts in North Carolina. 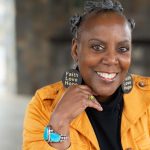 Glenis Redmond is a performance poet, a Kennedy Center Teaching Artist, and a Cave Canem alumni. She is the author of three books of poetry: Backbone (Underground Epics, 2000), Under the Sun (Main Street Rag, 2002), and What My Hand Say (Press 53, 2016). Upcoming: The Listening Skin (Four Way Books), Three Harriets & Others (Finishing Line Press), and Praise Songs for Dave the Potter, Art by Jonathan Green (University of Georgia Press). In 2020, she received the highest arts award in her home state of South Carolina, the Governor’s Award.  In April she will be inducted into the South Carolina Academy of Authors. 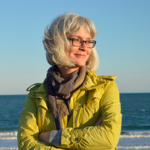 Heather Newton is the author of the short story collection McMullen Circle (Regal House 2022), finalist for the W.S. Porter prize; the novel The Puppeteer’s Daughters (Turner Publishing 2022); and the novel Under The Mercy Trees (HarperCollins 2011), which won the Thomas Wolfe Memorial Literary Award, was chosen by the Women’s National Book Association as a Great Group Reads Selection and named an “Okra Pick” by the Southern Independent Booksellers Alliance. A practicing attorney, she teaches creative writing for UNC-Asheville’s Great Smokies Writing Program and is co-founder and Program Manager for the Flatiron Writers Room writers’ center in Asheville. 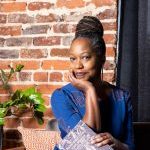 Jacinta V. White is a poet, facilitator and coach. She’s the founder of The Word Project, where she has spent the more than 20 years facilitating creative workshops for those looking to use poetry and art as catalysts for healing, and is also the publisher of the international quarterly, Snapdragon: A Journal of Art & Healing.

Jacinta’s latest poetry collection is the acclaimed, Resurrecting the Bones: Born from a Journey through African American Churches & Cemeteries of the Rural South, (Press 53, 2019). Jacinta is the recipient of numerous awards and recognitions, and has work featured in many publications. 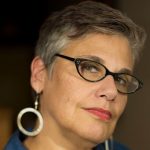 Jessica Handler the author of the novel The Magnetic Girl, winner of the 2020 Southern Book Prize, a 2019 “Books All Georgians Should Read,” Indie Next pick, Wall Street Journal Spring 2019 pick, Bitter Southerner Summer 2019 pick, and SIBA Okra Pick. Her books include Invisible Sisters: A Memoir, and Braving the Fire: A Guide to Writing About Grief and Loss. Her writing has appeared on NPR, in Tin House, Electric Literature, Oldster, Drunken Boat, The Bitter Southerner, Brevity, Creative Nonfiction, Newsweek, The Washington Post, and Full Grown People. 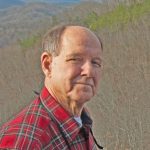 Living in Asheville, NC, John Ross writes about the environment and is the author of several books including Through the Mountains: The French Broad River and Time, which was a finalist for the 2022 Reed Environmental Writing Award by the Southern Environmental Law Center, and a series of outdoor recreation books including Trout Unlimited’s Guide to America’s 100 Best Trout Streams, winner of the National Outdoor Book Award. His primary interest is the intersection of natural and human history.

Ross is the founding co-chair of the Center for Coldwaters Restoration, and he serves on the board of directors of RiverLink, a non-profit promoting conservation and education and the environmentally sound economic development of the French Broad River watershed. 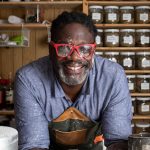 Chef & Farmer = CheFarmer Matthew Raiford for the past decade has been at Gilliard Farms, the sixth-generation farming land that has been in his family since 1874, Matthew has worked to make it a mission to work alongside farmers and chefs to bridge the gap between the seed and the table.

After a military career, then attending The Culinary Institute of America in Hyde Park, New York, and attended the UC Santa Cruz Center for AgroEcology and Sustainable Food System.

Matthew currently sits as Board Chair for Georgia Organics, and is the co-founder alongside his wife, Tia, of Strong Roots 9, a lifestyle brand which is dedicated to creating products and experiences for Americans to reconnect with the nation’s natural heritage, from the perspective of the people whose ancestors helped build it. 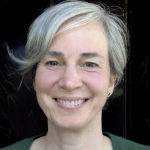 Margot Rossi, M.Ac. is an Asian Medicine physician, health educator, and movement instructor with 30 years of experience. Her book To Be Like Water—Cultivating a Graceful and Fulfilling Life Through the Virtues of Water and Dao Yin Therapeutic Movement was born from helping people develop an awareness of mind, body and the natural world to cultivate a happy, healthful life. Trained in the US and China, Margot works with people worldwide through private practice and innovative mindfulness-based programs. She lives with her family by the pristine waters of the South Toe River in North Carolina. 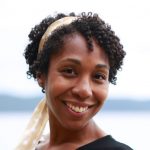 Drawing on her experience as the child of Jamaican immigrants, born and raised in Anchorage, Alaska, Patrice Gopo enjoys exploring issues of race, immigration, and belonging. Her work has appeared in a variety of publications, including Catapult,Creative Nonfiction, and Charlotte Magazine. She is the author of All the Colors We Will See, a Barnes & Noble Discover Great New Writers selection. Her debut picture book, All the Places We Call Home, releases in June 2022. Patrice lives with her family in Charlotte, North Carolina. 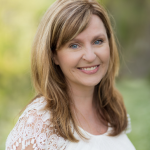 Renea Winchester began her writing career with several works of nonfiction including: Farming, Friends, and Fried Bologna Sandwiches (nominated for a SIBA award). Her debut novel, Outbound Train was nominated for the Thomas Wolfe award and a Pushcart, and has been translated into French. In 2021, the RoseGlen Literary Festival awarded her the prestigious title of Literary Ambassador. In 2022, the General Federation of Women’s Clubs will present Renea with the Lucy Bramlette Patterson Award, “She elevates the world.” She is a strong supporter of Independent Booksellers and public libraries, a dynamic speaker and adores meeting readers. 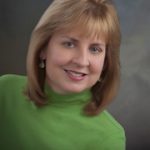 Shannon Hitchcock was born in North Carolina and grew up in the foothills of the Blue Ridge Mountains. She is the author of four middle grade novels, Flying Over Water, One True Way, Ruby Lee & Me and The Ballad of Jessie Pearl. Her books have been featured on many state awards lists and have received acclaimed reviews. Saving Granddaddy’s Stories and She Sang for the Mountains are the first two picture books in her storytellers series. Shannon currently lives in Asheville, North Carolina where she can see the mountains every day. 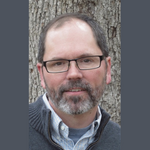 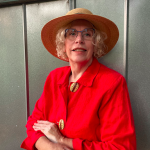 Valerie Nieman‘s In the Lonely Backwater is being called “not only a page-turning thriller but also a complex psychological portrait of a young woman dealing with guilt, betrayal, and secrecy.” To the Bones, her folk horror/mystery about coal country, was a finalist for the 2020 Manly Wade Wellman Award, joining three earlier novels, a short fiction collection, and three poetry books. She has published widely in journals, and has held state and NEA fellowships. She graduated from West Virginia University and Queens University of Charlotte and retired as a creative writing professor at NC A&T State University. 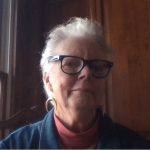 Vicki Lane draws her inspiration from the rural county and the mountain farm where she has lived since 1975.  She is the author of And the Crows Took Their Eyes, as well as The Day of Small Things and five Elizabeth Goodweather Appalachian mysteries. Her work has been praised for authentic dialogue, evocative detail, and rich, clear, intelligent writing capturing the essence of the Carolina mountains and their people. She has taught with the Great Smokies Writing Program and has led writing workshops at John C. Campbell and at Wildacres.